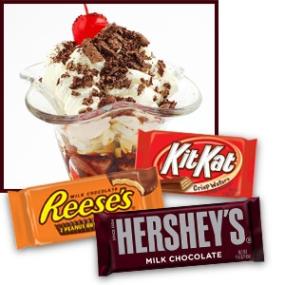 One box with something for everyone. Choose from Hershey’s Milk Chocolate Candy Bars, Reese’s Peanut Butter Cups, or Kit Kat Crisp Wafers. This variety pack also makes a delicious gift.

Hershey’s Variety is the Sweet of Life 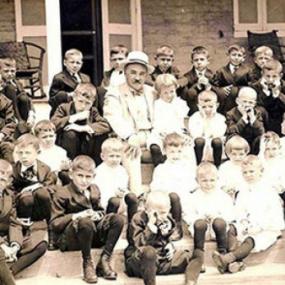 The story of Hershey’s Chocolate begins with Milton S. Hershey. Raised as a poor farm boy, Hershey became fascinated with chocolate-making at the 1893 World’s Columbian Exposition. Hershey founded the Hershey Chocolate Company in 1894, and built the world’s largest chocolate factory in 1903. He then created the industrial town of Hershey, Pennsylvania, where workers enjoyed comfortable homes, inexpensive public transport, and quality public schools. In 1909, Hershey and his wife established a school for orphan boys. Hershey eventually endowed the bulk of his wealth to this school, including ownership of the Hershey Chocolate Company. For more than a century, the Milton Hershey School has enriched the lives of countless children in need. The town of Hershey, Pennsylvania has provided employment, recreation, and culture. And The Hershey Company has brought smiles to people around the world.

“CERTAIN CONTENT THAT APPEARS ON THIS SITE COMES FROM AMAZON SERVICES LLC. THIS CONTENT IS PROVIDED 'AS IS' AND IS SUBJECT TO CHANGE OR REMOVAL AT ANY TIME.”